The Art Bridge is a five-year joint project organized by M Leuven and the Leuven primary school Mater Dei. The project was realized with the support of the Queen Paola Foundation and M-LIFE, and ran from 2016 until 2020.

The purpose of the project was to stimulate the emotional skills of primary school children through art and creativity. The Art Bridge project aimed step by step to work on the empowerment of children in every year of primary school at Mater Dei. The school does this, among other things, by focusing strongly on music education. Music education is considered a vehicle to work on language stimulation.

One of the realizations of this project was the Pop-up Museum. Helped by photographer Evy Raes, the pupils took photos of places in Leuven that inspire them. These pictures resulted in twelve unique artworks, which were displayed around Leuven in the form of pavement stickers, creating an art tour.

Since 2018-2019, participative theatremaker Katrien Oosterlinck has also focused on musical work. During the four workshops she led, the children worked primarily on relational connection and mutual interaction through movement and dance. The project was linked to the exhibitions by Pieter Vermeersch and The Language of the Body at M. Because these workshops encouraged children to dare to express themselves to their peer group, the project aimed consciously to work on their self-confidence within their own age groups.

Thanks to fundraising drives by the pupils themselves, a fashion show organized by Kiwanis Artemis Leuven and individual donations, M-LIFE was able to support the project with the sum of € 10.000. 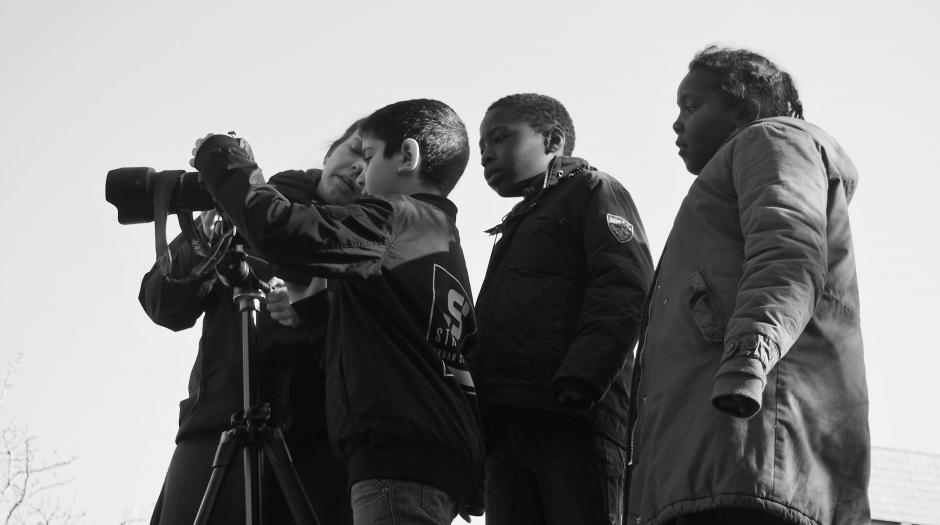